“Your whole world became a little bigger today, didn’t it? Is history’s timetable a little more real? The foundation of a thousand lifetimes of work was dumped out in front of you, and you took it. Or rather, it has taken you, unless I miss my guess. Uncle Arthur’s love of the past is calling to you.”
-Dr. Arthur M. Evans 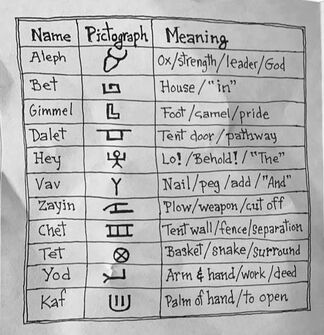 Easy answer? A novel. I call it The Chaos Spiral, and oh man, am I excited to bring you this story!

Is "myth" a dirty word? Are there dragons in the Bible? Why are there well over 200 flood myths that have been told around the world throughout history? Was there really a Minotaur's Labyrinth? What is a chaos serpent? Why is the spiral the oldest symbol in the world? How do we distinguish history from legend? Is the Bible more of a book or a library? Was Gilgamesh a real person?

Let's find out together, shall we? The (nearly a decade of) research is real and the connections are "thinky," so I gleefully invite you into the world of young David Evans and his Stuffy Oxfordian Grandfather as they dive headfirst into the chaos spiral. From the dreaming spires of Oxford University to the forbidden places of the ancient Middle East, bring your questions and preconceptions about Genesis and ancient myths with you. Call it a faith-thriller if you like, a historical mystery if you prefer, or a bold reinterpretation if you dare, just don't be surprised if you leave a few ideas behind on the floor when it's all over.

But hey, I'm getting ahead of myself, hold on tight, we are going for a spin.

The Chaos Spiral - A Novel 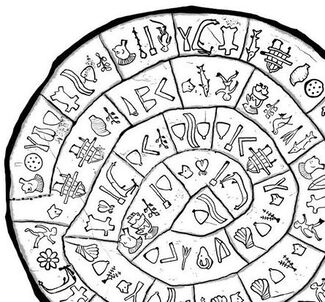 In 2010, Dr. Arthur M. Evans was an Oxford tutor who'd sworn off adventuring long ago.
That is, until his gifted sixteen-year-old grandson started uncovering family secrets. Now hunted, they will be thrust into an ancient quest that could link Gilgamesh, Eden, Noah’s ark, and the minotaur’s maze in ways that would change history forever.

The Chaos Spiral is an intricately woven historical mystery that is one-part action-archeology, one-part family adventure, and one-part cultural apologetics. The story is a deep dive into the world’s oldest flood and creation myths told from four perspectives. The backdrop shifts from the dreaming spires of Oxford to the drought-parched middle east during the tense preamble to the 2011 Arab Spring. The quest promises to take them them to Ugarit, Antioch, Crete, two acclaimed resting sites of Noah’s Ark, and finally, just maybe, the alleged shores of Eden itself. 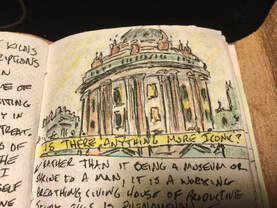 Oxford, England is my favorite city in the world.
My first dip into the U.K. was in college in the 90's, for a whirlwind art history tour of England, France, and Spain. I'll never forget it--or rather if I do I can re-read my journal--but I didn't find my way back for nearly two decades. This time I did so as an American humanities professor along with other colleagues and students. It was a a rather strange conference regarding video game design of all things, and hosted by one of the Oxford colleges of all places. I spoke and presented a paper to these like-minded scholars (i.e. game nerds), and the next year found myself returning for two more presentations of my research. By this point I was in love with the city, (sorry Barcelona, it's me, not you.) and I take any opportunity to walk those streets that presents itself. Most recently I studied cultural apologetics there under some of the Oxford dons, which afforded me a glimpse backstage at a few off-limits places around the medieval college town. My fantasy is to do a book signing in town someday. My goal is to pass on my love for Oxford to you, and perhaps fuel whatever adventure may take you to unknown corners of the world.
Do Not Press